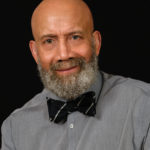 We are a church, and a community committed to positive change and advancing racial healing in our nation. Here we have gathered a growing list of resources, articles, reading lists and more to help further this cause.  If you have suggestions for something to add here, please let us know!

Standing Together: A Message from Unity CEO Jim Blake

Uncomfortable Conversations with a Black Man

"We Need to Talk About Injustice" - TED Talk with Bryan Stevenson 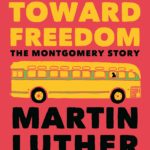 Stride Toward Freedom: The Montgomery Story

Dr. Martin Luther King, Jr chronicles in his own words his account of the first successful large-scale application of       nonviolent resistance in America. The Montgomery Bus Boycott of 1955-1956. 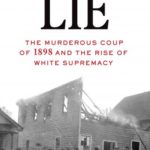 Pulitzer Prize winner David Zucchino gives a historical account of the murderous coup of 1898 in Wilmington, NC, which gave rise to white supremacy. Many of the names of the white supremacists mentioned in the book still adorn monuments and buildings on the campus of my beloved UNC-Chapel Hill. 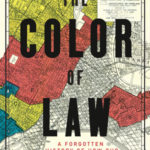 The Color of Law

Richard Rothstein writes this remarkable account of how US governments in the 20th century deliberately imposed racial segregation on cities throughout the country. The book documents how our cities became so divided. 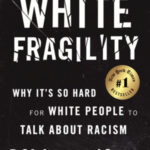 In this powerful book, Robin DiAngelo explores how white privilege develops, how it protects racial inequality, and what we can do to engage more constructively.

The New York Times produced a series of six short videos (between 1 and 3 minutes each) on implicit bias and its effects.

How to Overcome Biases– Walk Boldly Toward Them

Verna Myers  in a TedxTalk offers three important calls of action for acknowledging our unconscious (and conscious) biases and changing our relationships with others, especially with young black men.

Look Different is an MTV campaign to help people “unlearn biases, open up conversations with family & friends and [get] specific things you can do to fight for what’s right. There are resources for educators, information on racial, gender, and anti-LGBT bias, a bias cleanse, and several other tips and actions to take.

Project Implicit is a non-profit organization founded by researchers from the University of Washington, Harvard University, and the University of Virginia. Its goal is to educate the public about hidden biases and to function as a virtual laboratory for collecting data on unconscious bias. The link takes you to a page where you can take online implicit association tests (IATs) relating to different types of unconscious bias, including skin-tone preference, sexuality preference, the link between gender and science, age preference, the link between gender and family versus career, racial preference, weight preference, disability preference, and others. For an analysis of issues relating to IAT procedures and application, see Nosek et al (2005).

Resources and tools regarding racism and anti-blackness and how to be a better ally.

“So You Want to Talk About Race” by Ijeoma Oluo

“Waking Up White,” by Debby Irving

“The Black Book” by Middleton A. Harris

“Stamped from the Beginning” by Ibram X. Kendi

“The New Jim Crow: Mass Incarceration In The Age of Colorblindness” by Michelle Alexander

“White Fragility: Why It’s So Hard for White People to Talk About Racism” by Robin DiAngelo

“White Rage: The Unspoken Truth of Our Racial Divide” by Carol Anderson

“Ways of Grace” by James Blake

Also from Ava DuVernay, this documentary explores the United States prison system and how it is tied to the nation’s history of racial inequality.

How to watch: Netflix has made “13th” available to watch for free on YouTube.

2013 documentary exploring racism in the U.S. through the lens of whiteness, based on the book by Tim Wise. (We plan to purchase this for Unity Renaissance)

“I Am Not Your Negro”

Based on James Baldwin’s unfinished work “Remember This House,” which was meant to be a reflection on the assassination of his friends Medgar Evers, Malcolm X and Martin Luther King Jr., this film is narrated by Samuel L. Jackson using Baldwin’s words.

How to watch: Available to stream for free on PBS.

“The African-Americans: Many Rivers to Cross”

This six-episode miniseries from historian and filmmaker Henry Louis Gates Jr. is a full survey of African-American history. Other works from Gates, including “Reconstruction: America After the Civil War” and “Black America Since MLK: And Still I Rise,” are also currently free to watch.

How to watch: Available to stream for free on PBS.

The true story of African-American abolitionist Harriet Tubman’s work with the Underground Railroad.

How to watch: Available on Amazon Prime, YouTube, Google Play and other platforms. Also available on loan from Unity Renaissance.

This Oscar-nominated film (directed by Ava DuVernay) tells the story of Dr. Martin Luther King Jr.’s campaign to secure equal voting rights by marching from Selma to Montgomery, Alabama in 1965.

How to watch: Paramount has made “Selma” available for free on all digital platforms, including iTunes and Amazon, through the end of June.

Interview with Ta-Nehisi Coates, author of “Between the World and Me,” and with Bryan Stevenson, attorney and author of “Just Mercy.”