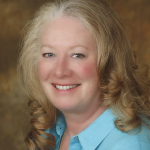 After being raised in the Catholic faith, Patti did not regularly attend church from the time she was 17 until she discovered Unity teachings when she was in her early 30’s. She was an evening student at Prince George’s Community College, taking a Small Business Management class, and knew that Professor Mosby was talking about more than business in his classes. After some investigation, she learned that Professor Mosby was also the part-time Business Manager (and a teacher) at Unity of Washington, D.C. She began attending classes and doing volunteer work there in early 1987. In July of 1987 she was offered a part-time bookkeeper position there and that began her career in Unity.

She co-founded Unity Center of Light with Milledge “Butch” Mosby and his wife, Pamela in 1991. She worked at both churches until mid 1995, when she became the full-time Center Administrator at Unity Center of Light. She also serves as the Youth Ministry Coordinator, which she says is her volunteer job at UCL.

Patti is a Licensed Unity Teacher in two focus areas – Adult Education and Youth Education Director. Over the years she has received numerous certifications in many Business and Youth Ministry aspects of “church work.” She enjoys the diversity of her work here at Unity Center of Light and loves the people. She is an ongoing student in many aspects of “running” a church and of “Truth” teachings. 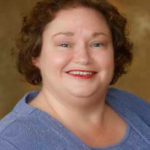 April has been involved in Unity for 30 years and became a Licensed Unity Teacher specializing in Adult Education in 2004. Her work background before coming to Unity included the federal government in personnel, customer service management, legal work and continuing education administration.

April was attracted to the healing arts as the result of a personal healing crisis and has since become a certified massage therapist, Reiki master and an aromatherapy educator. The journey from physical healing to emotional and spiritual healing seemed like a natural progression and Unity philosophy resonated deeply with April.

April organizes many of our ‘special’ services and special events. She loves to teach adults and has facilitated many classes including The Twelve Powers, Discover the Power Within You, Spirits in Rebellion and more. April produces our Sunday bulletins, weekly e-newsletter and flyers. She seeks out and schedules guest speakers and musicians and is occasionally a Sunday speaker as well. 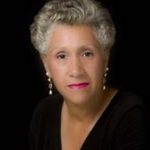 Pamela Mosby, Pastoral Assistant of Unity Center of Light has been affiliated with Unity Churches since 1973 when she began working for and attending Detroit Unity Temple. In 1978, Pam moved to the Washington, DC area with her husband Milledge and their two children, Adina and Damon. She worked as the secretary for the Rev. George Stone. When Rev. Stone took another assignment, Pamela continued her duties under the new minister the Rev. Amalie Frank until 1991.

In October of 1991, responding to requests from members of Unity of Washington, D.C., Pamela, together with Milledge and Patti Anessi, helped establish the Unity Center of Light in Bowie, Maryland where she became Pastoral Assistant.

In addition to her duties as Pastoral Assistant, Pamela is an active member of the Unity Choir and has taught a variety of classes, facilitated workshops and retreats on Faith, Prayer, relationships, Self-esteem, and healthy lifestyles. She is the co-founder of the Women of Unity Group.

Pamela sees as part of her mission the establishment of a permanent physical home for Unity Center of Light. Almost as important to her is the commitment to play an even greater role in the congregation’s growth. Her special emphasis is on helping new prospective and existing members discover their own God-inspired talents. These talents can then translate into meaningful ministries within the Unity Center of Light structure.

On a personal note, Pamela’s passion is physical fitness training and she has shared her extensive knowledge in this field with many congregants. She and her husband, Milledge are the proud grandparents of granddaughters, Daija and Kallista, and a grandson, Damon.